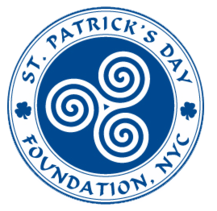 Brian J. O’Dwyer is a native New Yorker who comes from a legendary New York Irish American family. He is the son of the late Paul O’Dwyer, civil rights activist and President of New York City council from 1974 to 1979 and the nephew of The Honorable William O’Dwyer, former Mayor of New York. Dr. O’Dwyer was educated in the New York City public school system and graduated from the High School of Music and Art, now known as LaGuardia High School. He received a Bachelor of Arts degree from The George Washington University and a Masters of Arts degree from Middlebury College in Madrid.  He has Juris Doctorate degree from Georgetown University and a Masters degree in Law from The George Washington University.  In July 2013 he was awarded an honorary degree of Doctor of Philosophy by Dublin City University. Brian is the senior partner at O’Dwyer & Bernstein, LLP, a law firm founded by his father, Paul O’Dwyer, who immigrated to New York from County Mayo, Ireland. As a son of Irish immigrants, he has been especially active in the American Irish Community and has been a consummate advocate for immigrants’ rights. He was the founder of the Emerald Isle Immigration Center, which is the largest Irish immigrant center in the United States.  In its 25 years of existence the center has helped thousands of Irish men and women as they immigrated to New York City.  He has served as chairman and counselor to the Asociación Tepeyac, an organization which provides advocacy and services to New York’s growing Mexican community. Dr. O’Dwyer serves as a Co-Chair of the board of the Graduate School of Political Management of The George Washington University and presently serves as Treasurer of the City University of New York Law School Foundation. He was national president of his college fraternity, Kappa Sigma, and presently serves as an advisor to many chapters in the New York City area. Brian’s extensive work in the political arena has concentrated largely on promoting Irish and Irish-American interests.  He served as national chairman of Irish Americans for Clinton-Gore in 1992 and 1996 and Irish-Americans for Gore in 2000 and was founding member of the National Democratic Ethnic Coordinating Committee and Irish American Democrats.  He was part of the delegation that accompanied President Clinton to Ireland on each of his three trips and served as an advisor to the White House on Irish issues including the peace process.  He was appointed by President Clinton as a Commissioner of the President’s Commission on White House Fellowships and was awarded the Director Citation for Exemplary Public Service by the White House.  In June 2011, Secretary of State Hillary Clinton appointed him as Commissioner of the United States National Commission for UNESCO. Brian has actively worked to advance Ireland’s causes and business interests in the United States.  He presently serves as chairman of the Irish Chamber of Commerce USA where he works to facilitate American investment in Ireland and Northern Ireland.  He has accompanied many U.S. public officials on their trips to Ireland and Northern Ireland, including New York City Council Speaker Christine Quinn, New York City Comptroller John Liu, Secretary of State Hillary Rodham Clinton and New York Senator Kirsten Gillibrand. He also serves as a member of the Board of Ireland West Airport in Knock, County Mayo Ireland. Over the years, Dr. O’Dwyer has been recognized numerous times for his lifelong work in the causes of Ireland and immigrants.  He has been a guest of honor and an award recipient of the Irish Immigration Reform Movement; an award recipient of the Brehon Law Society and was selected Chief Brehon of the Coney Island Irish Fair. In 1998 he was the Grand Marshal of the St. Patrick's Day Parade in the Rockaways. He has also received many recognitions from the Catholic Church. He was named a Knight of the Holy Sepulchre, he received a papal knighthood conferred by Edward Cardinal Egan and he was conferred with “The Child of Peace Award” by the Catholic Home Bureau.  In addition he has been cited many times and received awards from the New York City Council, the government of Puerto Rico and the State of New York. In October 2015 Brian was awarded the Sean MacBride Humanitarian Award by the Ancient Order of Hibernians for his work in the cause of peace, justice, and the economic well-being of the Irish people. He has been chosen by "Irish America" magazine on numerous occasions as a member of the "Top 100" Irish in the United States. He was a recipient of the Ellis Island Medal of Honor Award and the Outreach Project Annual Service Award 1994. In June 2012 he was honored as one of the top 25 Irish who have made a difference by Irish Voice Magazine and the Irish Echo, the oldest Irish American Newspaper, awarded him its 2013 Man of the Year Award. Dr. O’Dwyer has also been active in education. He is former teacher of Spanish at The George Washington University and Malcolm King College. He was a recipient of the Dean’s Medal from the City University of New York Law School Foundation.  In 2012 he was named as “The Fraternity’s Man of the Year” by Kappa Sigma, only one of 76 in the history of the fraternity.Brian is married to the former Marianna Page MacWilliam and they have two children, Brendan Keith O’Dwyer and Kathleen Page O’Dwyer. They are the proud grandparents of four grandchildren: Paul Ellis O’Dwyer, Patrick Trescott O’Dwyer, Reilly Page O’Dwyer, and Hailey Grace O’Dwyer. 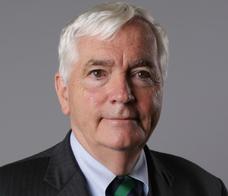